What are the possible risks of being in the study?

There is also the unlikely possibility of a severe reaction to any study drug. Please ask your hospital doctor if you would like more information. Once you have been included in the study, you and your doctors will know which treatment the computer has allocated for you. Your doctors will be aware of whether there are any particular side effects that they should look out for.

Women taking molnupiravir or Paxlovid should not get pregnant while taking the drug or for 4 days afterwards. Women using the combined oral contraceptive who receive Paxlovid should use either additional barrier contraception or an alternative effective method until after one complete menstrual cycle after leaving hospital. Women who are pregnant may be included, however, the effect of some of the treatments on unborn babies is uncertain.

Pregnant women will not receive empagliflozin, Paxlovid (in first 12 weeks of pregnancy) or molnupiravir as it may be harmful in pregnancy or when breast-feeding. Dexamethasone and oseltamivir have previously been used in pregnancy for other medical conditions without safety concerns being raised. Baloxavir and sotrovimab (and Paxlovid after 12 weeks of pregnancy) have not been used in pregnant women before but are considered to have an acceptably low level of risk to use in pregnant women in this trial by a national expert panel; your medical team will discuss with you whether you would be willing to receive them. 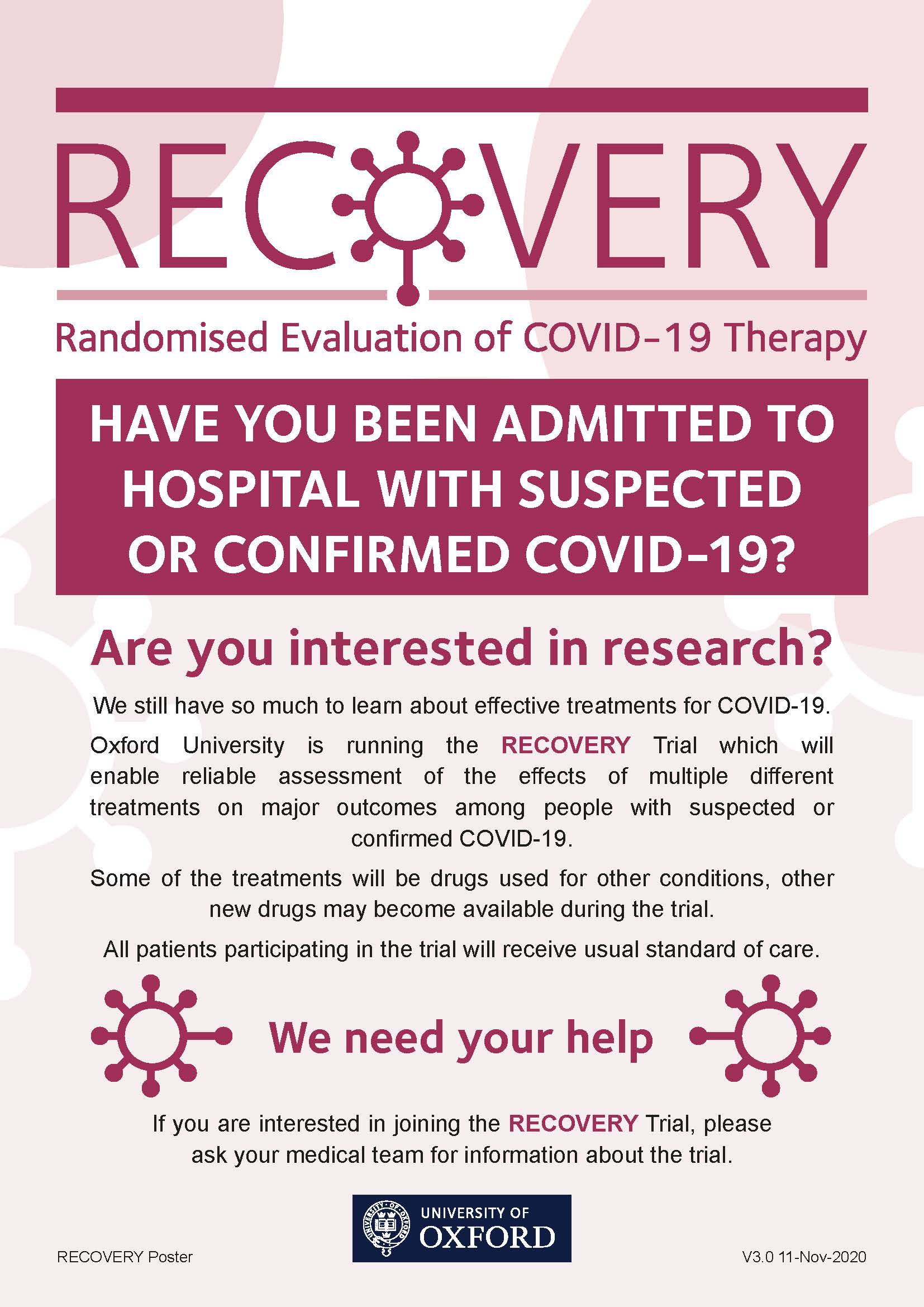 Letter to parents of participants